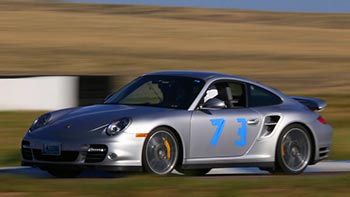 Over the years we've performed plenty of dyno and GPS tests of the IPD Plenums which all provided quantitative performance gains, but never have we measured the affects on fuel economy with the IPD Plenum and Turbo Y-Pipe. Although the IPD Plenums are a product of efficiency with many claims of improved gas mileage from customers, the fact remains that the IPD Plenum is a product designed to deliver performance. The following article is a story of one man's cross country adventure, passion for his Turbo Porsche and a quest for improved performance and faster lap times.

Our customer (now friend) John drove out to LA for business but managed to stop in Huntington Beach for a solid bench racing session, an installation of our latest 997.2 Turbo Y-Pipe and a great lunch. John is the kind of guy who takes his passion to an obsessive compulsive level that leaves you inspired. John's "healthy" kind of OCD lead to another one of his great adventures, some new found friendships and the following story.

In 2010, I was lucky enough to (be able to) purchase a new 911 Turbo S, a 2011 997.2. The car's performance consistency is remarkable in every respect. But I always noticed one area of performance "lag" (literally): 20-50mph pre turbo-boost acceleration, as though the intake was starving. A typical example was when turning onto an interstate on-ramp. There was just a flatness...a holding back... to the acceleration curve as it approached the ECU's lighting the turbos. My trusty friends at Poudre Sports Car in Fort Collins pointed me to the IPD solution. 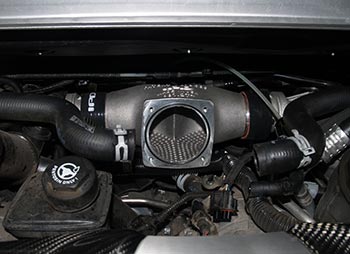 I spoke with Greg at IPD and in September, he kindly shipped me the first production unit of a shot-peened dimpled-intake. Even my "non car" friends marveled at its symmetric beauty and quality construction. I looked up the U S Patent (7,278,389) and was impressed with the description which inventor, "Turbo" Mike Kirakosyan provided in the patent abstract. I immediately understood why Mike had improved his original smooth-wall design with quarter-inch diameter dimples: like dimples on a golf ball, the new IPD plenum (and now y-pipe) dimples accelerate the air flow by causing it to "tumble" and accelerate- not "stick" to the wall.

After Poudre Sports Car installed the new plenum, I tracked the car and the results were real: coming out of a tight hairpin (T6 at HPR near Denver) video shows I gained 5-10mph on the runs to T7. Overall, I had better throttle "feel" across the 1000-3500 rpm range and 1-2-3 gearing shifts had a noticeable "punch." 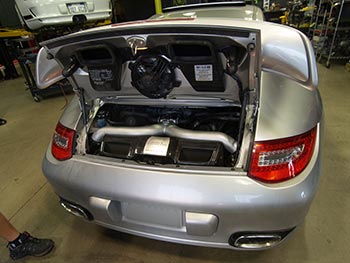 Then, the biggest surprise of all: I drove to Huntington Beach, California from Wyoming (doing all the mileage testing described above in both downhill and uphill measurements) and Mike himself installed the company's first dimpled y-pipe on my car. When we took it for a test drive I was stunned. I'd never heard the turbos spooling from the intake ducts. The low-end performance jumped through the roof and caused the ECU to display "ice" conditions, as the tires broke free on 1-2-3 gear shifts! I estimate 30-40 unit increases in both horsepower and torque. I now warn parking valets to "watch it" and they've come back and said "wow!" The car -jumps- into the street from a parking spot and off the line!

I ended my California adventure at Willow Springs, nailing T3 in second gear and upshifting at the apex of T4 and upshifting again half way down to T5. By the end of the day, I had the oldest track in America all to myself- nobody in my mirrors- was taking T8 at 120+ and cut 15 seconds off my lap times over the day's multiple runs. The cost/benefits of IPD are remarkable. I think the plenum and y-pipe are -now- delivering all the intake air flow the engine can handle... in a harmonic frequency that goes right through the OEM throttle body and down to the intake valves! Excellent tuned intake system! 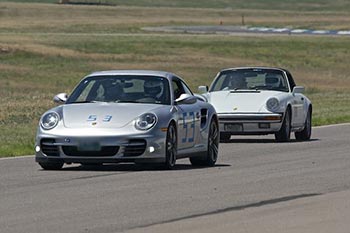